Player Profiles” is a new blog series Davis Bike Polo will be doing to feature its players, their stories and experiences in bike polo! Stay tuned to meet the crew here in Davis! This week you get to meet, Abe! Abe is one of the founding members of Davis Bike Polo and a lefty to boot! 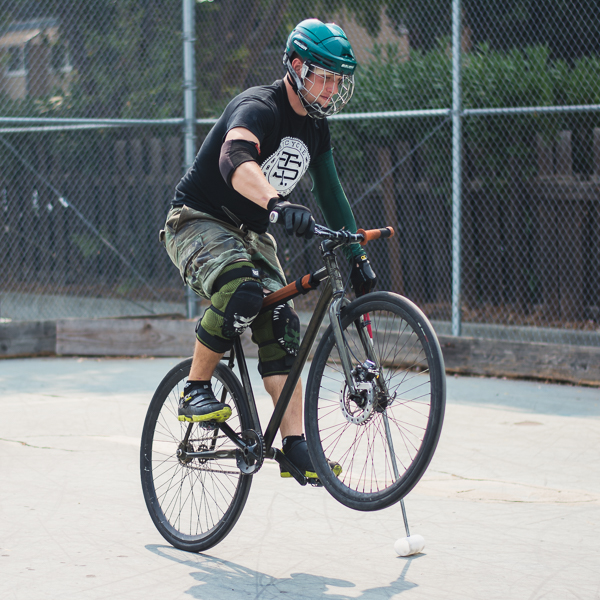 I stumbled across a reference to it online and looked up some videos and it looked amazing. I got some friends together and we made mallets from PVC and golf clubs and gave it a try.

It was tricky, but amazing fun. Everyone who started that day played again and at least stuck with it for a while.

It’s like being a superhero or at least like an alternate reality. You can have a bad day at work or whatever but after a game or two that all just washes away.

It’s sometimes hard to juggle my time. I spend a lot of my life on this and it can feel like there isn’t time for anything else, but I guess that’s how I choose to approach it

I like the change of scenery from other parts of life. The competitiveness and the fun make it easy to fully focus on but it’s great that it’s bigger than just the local club and there is a whole world of bike polo too see

Go for it! Especially now since you don’t even have to make an initial investment in gear and can loan stuff. You’ll meet people you never thought you would and even get opportunity in life that you might not have. 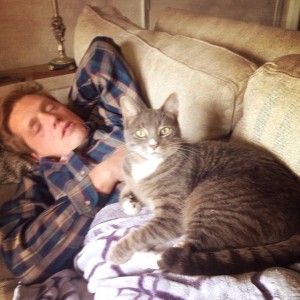 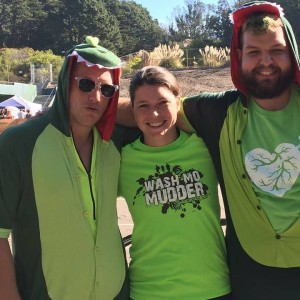 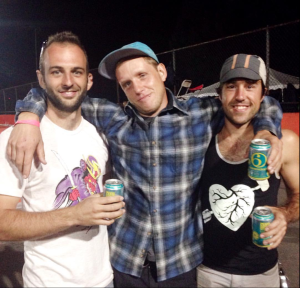 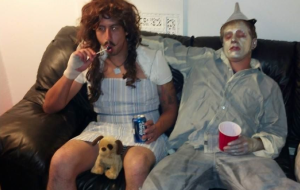 I think Chris Arena makes the best heads, Milwaukee has the best shafts and connector system, and Jai does the best bikes, oh and TIME pedals.

I’m bad at having heroes. I guess the Control are since they’ve pushed so far in the worldwide scene but are also down to earth and fun; they make it a small world.

I like it a lot where it is but i do feel like we need to figure some things out in terms of reffing and organizing. A lot of weight can fall on the few. I would be OK with higher tournament costs and with association dues. 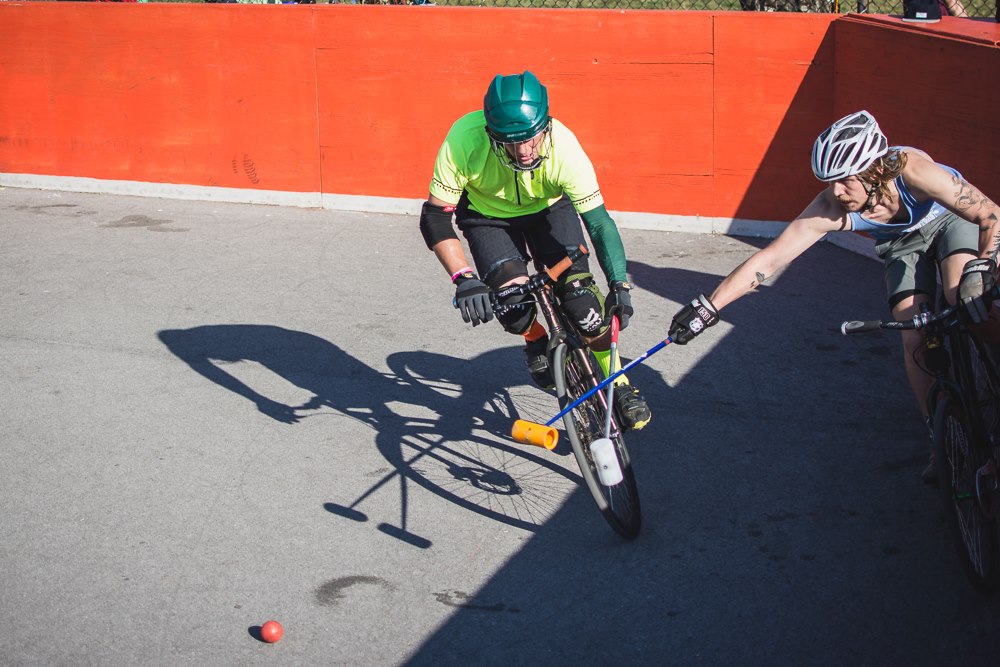 I’d still be biking. Maybe I’d have gotten into cyclocross or something. I’d be motorcycling too.

I like to get outside. I like MTB. I think the only thing that’s taken me away from polo for a weekend has been chances to do some remote camping.

I’ve got to get my long range shooting dialed in. I also want to get better at figuring out strange courts more quickly. Every court has its quirks and they can be for you or against you.

Don’t be proud. Try to learn new things and listen to teaching and advice. Practice. Don’t wait to go to tournaments until you think you’ll do ok; you will get better much faster from the experience. Don’t let a lack of gear keep you from playing, but get decent gear as soon as you can.